The group was formed in about 1992 and led by Hatti Pegram who chaired the meetings and dealt with publicity and general organisation of the Circle. Hatti’s partner was philosopher Ray Billington who was head of philosophy from 1971 to 1995 at what became the University of the West of England. For the next 20 years Ray brought philosophy, fun, friendship and laughter, enriching the lives of all of us. Each month we’d get Ray’s view about  a philosopher such as Plato, Aristotle, Wittgenstein, Kant, Hegel, Russell, Sartre and many more ancient and modern philosophers and he’d’ cover all the isms such as Utilitarianism, Relativism, Confucianism, Buddhism, Existentialism and from time to time Ray would encourage circle members to give a talk or he’d invite other philosophers he knew to provide alternative theories . We had annual garden parties, trips to Paris to discuss Satre and  weekends in various conference centres where the East-West Philosophy Circles met. Ray also ran courses for the University of South Wales  and several circle members would enrol on Eastern Philosophy, Greek Philosophy or other courses meeting in the Lyceum in Ray and Hatti’s Garden in the Angiddy Valley. He will be sadly missed by all. Some personal tributes to Ray may be found on Anne Wareham’s wiebsite

After Rays death in 2012 his long time friend and fellow philosopher John Clarke moved to Tintern when he retired from university teaching, and he and his wife Vanessa Dodd (Senior Lecturer at the University of South Wales) now run the Circle together with Maria Taylor and Steve Eddy.

John built upon the format that Ray and Hatti created and a really vibrant circle has developed. Although John does give some of the talks and Circle members give talks, there are now far more visiting speakers addressing a wider range of subjects and the number of new Circle members has increased as a result.

The general format of the evening is: a talk of about 40 minutes followed by questions, then a break for drinks and chat, after which more questions and open discussion. Sometimes it gets serious, but mostly it is great fun and intellectually stimulating. Members of the Circle are of all sorts and backgrounds, and as always with philosophy we don't get many answers, but we all feel that our lives have been enriched.

A donation of £2 is expected so we can cover the expenses of visiting speakers and other costs. 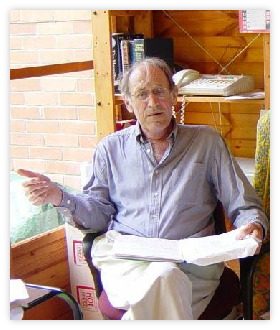 We meet the third Tuesday of every month 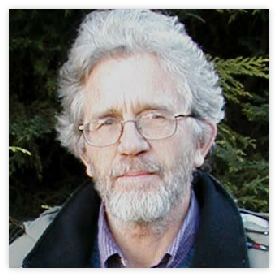 Convenor of the Tintern Philosophy Circle, Prof. John Clarke, writes: it has been a great privilege to have been able to study, write and teach philosophy in various places during my professional life, and in retirement it is a special bonus to follow my friend Ray Billington in leading the Tintern pub philosophy group since I have always shared with him the belief that philosophy is for all, not just for specialists, and is a most valuable life-long pursuit.

The website was conceived and designed by David Hoyle, musician and former Chartered Engineer who writes and lectures on quality management and who has been a member of the Circle for over 15 years.